Residential window tinting involves placing a film over your windows, giving them a dark and dim appearance. Many people opt to cover their windows with curtains, but tinting is a better alternative since it allows enough sunlight into the room without making it too bright.

There are different types of residential window tinting, including the following.

Solar control film is perfect if you live in an area with high solar insolation. It absorbs and reflects the sun's UV (ultraviolet) rays regulating indoor temperatures. It also helps to cut your energy bills, prevent interior paint from fading, and minimize glare. Solar control film comes in various tones, including neutral, silver, and copper.

The ceramic film, also known as non-reflective, is made from microscopic ceramic particles and doesn't contain dyes, carbon, or metal. Like the solar control film, it reflects the UV rays from the sun and filters out infrared light. The ceramic film strengthens your windows against storm damage and regulates your home's temperatures.

It is the thinnest type of window film and is made from dyes. It comes in different arrays, colors, and patterns, making it a perfect choice when you plan to incorporate new design elements.

Metalized films are made from aluminum, copper, or nickel; they deflect external heat during summer and keep your home warm during winter.

Why You Should Consider Residential Window Tinting

Residential window tinting has several benefits. They include:

Window tinting improves your home's privacy because while you can see through them from the inside, people on the outside can't see the house's interior. When your windows are transparent, it exposes your valuable tempting people to break in and steal them. Tinted windows guarantee privacy and lower the chances of robbery or break-in.

Tinted windows add aesthetics to your home by giving it a sleek look that's absent with regular window treatments. Different types of window tints range from patterns to bold and dim shades.

Do you experience an annoying glare in your home, especially when watching TV? You have probably tried blocking it using curtains, blinds, or a blanket. Residential window tinting eliminates this problem by blocking glare that ruins your watching experience. Additionally, it blocks any UV radiation that may cause skin problems or affect your eyes.

Residential window tinting has several benefits, including privacy, eliminating glare, and improving your home's appearance. When choosing a window tint, consider where you live and the extent to which you want to regulate your home's temperature and privacy. Consider reaching out to a window tinting company near you for more information. 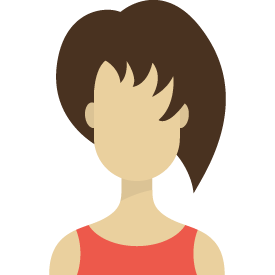 How old are the windows in your house? Is it time to replace them, or can they get you a few more years of use before making the big investment? On my site you will find several tips for making your existing windows more efficient. You will also find some tips to help you decide if it is time to spend the money to have them replaced. The windows in your home play a big role in how energy efficient your home is. Hopefully, you will find the information you need improve the performance of your existing windows and learn if it is time for new ones.